A VC take on the future of food: solutions we still want to see 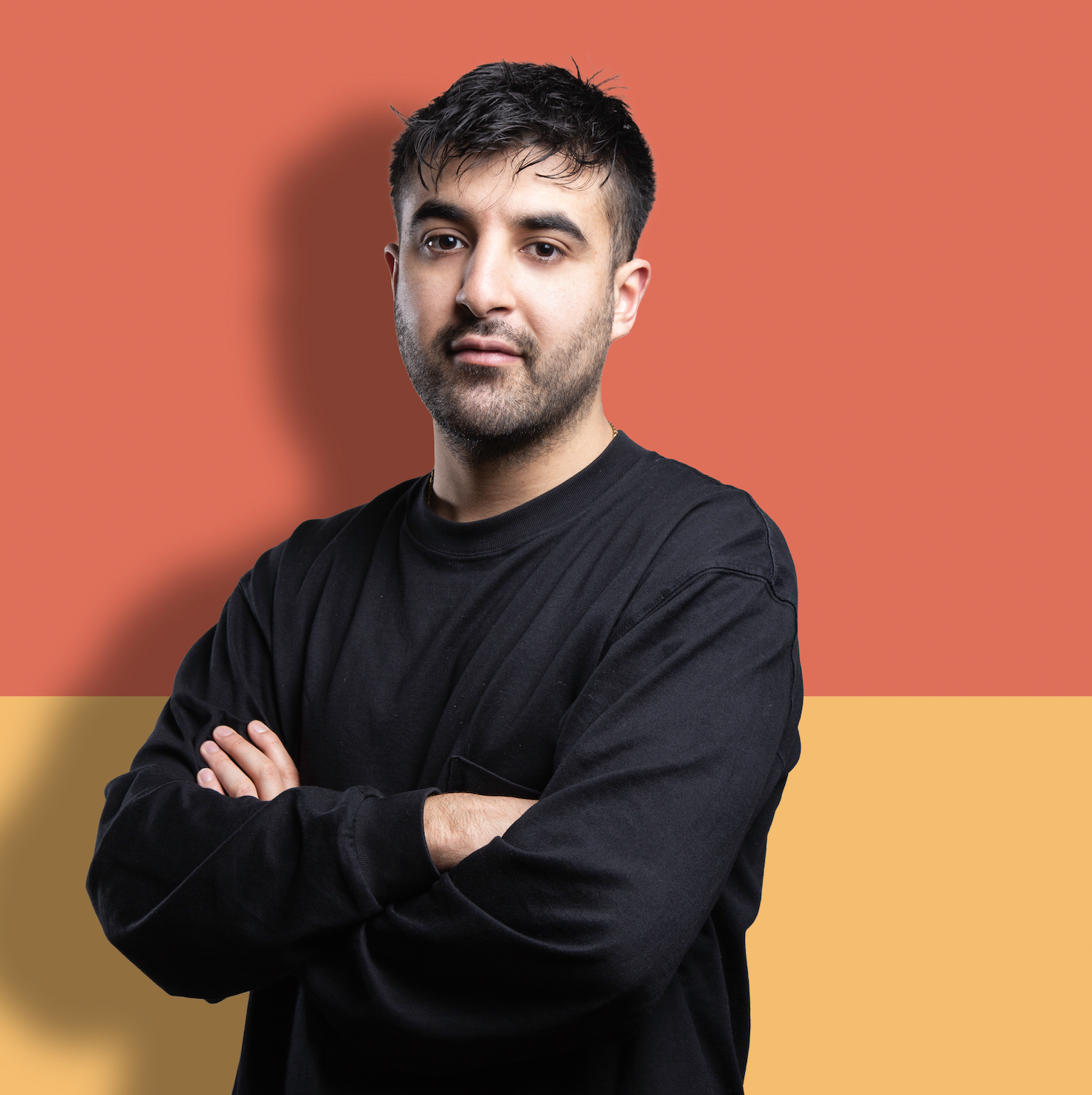 A meat-free world – the biggest structural change to society in our lifetime?

Thomas Bacon gives a VC take on the future of food and the scientific and technological breakthroughs that excite us here at Maki.vc.

Plant-based Burger King nuggets, Beyond Meat burgers or Oatly oat milk — whether you’re scrolling through your newsfeed or filling your next Wolt order, it’s clear that the alternative protein market (1) is one that can no longer be ignored. Driven initially by a growth in vegetarianism and veganism (the latter of which alone has grown to almost 3.5% (2) of the population in the US in 2021), it has really picked up speed alongside the growth of the ‘flexitarian’. In fact, Beyond Meat, one of the titans of the alternative protein space, revealed in an interview with CNBC that 93% of their customers also eat animal meat. (3) For vegetarians, vegans or flexitarian meat-eaters alike, there’s never been so many opportunities to dip your toe in this proverbial pond.

I’ve taken a look at some of the standout milestones we’ve reached, alongside some of the remaining challenges and listed some areas where we at Maki would love to see new solutions. While the focus of this blog is primarily on the scientific breakthroughs, in all three categories we are also looking for companies building distinctive brands that can create defensibility through their brand equity. If you’re interested in learning more about how we think about this here at Maki, give this a read!

So whether you’re a founder, investor or enthusiast hungry to hear more — let’s dig in:

Plant-based meat, dairy and eggs are by far the most mature of our categories and they are starting to become ubiquitous for consumers. These options have gradually made their way from vegan cafés to supermarket shelves and menus of more mainstream restaurants — and over the past year, both availability and investments have skyrocketed. 2.1 billion dollars — nearly half of all capital invested into the plant-based market — came in 2020 alone, driven by a few of the largest companies like Impossible Foods raising enormous growth-stage rounds. Meanwhile, the commercial availability of these products has followed suit — by the end of 2020, Impossible Foods’ plant-based meats were available in 2700 stores in the US, and over 650 new products and 550 new menu items were launched in the US and Europe to match this burgeoning demand. (4) As the plant-based food sector continues to try and entice this flexitarian majority, their biggest focus is in replicating their animal-based cousins as accurately as possible — factoring in cost, taste and texture (known generally as mouth-feel). For most plant-based foods, the specific plant protein that is used is still a significant factor in determining these three factors. Unfortunately however, many of the traditionally used plant-proteins were never designed for plant-based meat use (take wheat as an obvious example). Many companies have started to use second-generation plant-proteins, like mung or fava beans, but there is still work to be done to better understand the characteristics and functions of different plants in order to select the best crops to grow at scale. What’s more, the various processes (such as fractionation and reconstitution) used to structurally convert a bean into a plant-based nugget are still quite energy inefficient, so there’s plenty of room for new technologies. Some new techniques being explored are dry fractionation to save emissions, as well as protein conditioning which can increase the desirable traits in individual proteins. (5)

2. REAL STEAKS, MINUS THE COW: CELL-BASED MEATS NEED COSTS TO GO DOWN — DRAMATICALLY

For those of us flexitarians that recognise change needs to happen but still love a bacon sarnie, the cell-based meat market feels like a panacea. First unveiled by Dutch Scientist Mark Post on live television in 2013, cultured meat like tuna steak or pork belly grown in a lab really does feel like science-fiction. And yet not only is it very real, but it too saw record-shattering growth in 2020: last year alone food tech companies in this space raised $366M, equivalent to 72% of the total capital raised in the last 5 years. (6) In practice, the space grew with 20 new companies and the first Series B rounds raised by Memphis Meats and Mosa Meat. (7)

While optimism is resolute in the space, the timelines for commercial production are still a little unclear and can vary significantly depending on who you ask.(8) There were however a number of encouraging firsts in 2020: perhaps most notably right at the end of the year, when Eat Just received its regulatory approval to sell cultivated chicken bites in Singapore. Other notable milestones include GFI Israel and Aleph Farms hosting the Israeli President Benjamin Netanyahu to try Aleph Farms’ cultivated steak: The current main focus for cell-based foods is bringing the price down to price parity (at first with high-end meat and slowly with the rest of the market.) The price has fallen significantly since Mr Post’s 2013 burger, which was valued at around $325,000,(9) but there is much still to be done to reach large-scale commercial viability. Food tech companies in this space must therefore identify and target the biggest cost drivers and bottlenecks, which for most if not all companies means the growth medium that provides the cells with the nutrients they need to grow and proliferate and which often constitutes up to 90% of the overall cost.

Foetal Bovine Serum — extracted from cows at the slaughterhouse — was initially designed for medical research purposes but is often still a popular solution. However, as it’s not animal-free it cannot continue to be used at scale in the alternative protein market. Animal-free solutions cost a little under $400 per litre (11) at present and between 50 to 350 litres are needed to create one kilogram of meat. (If you don’t have a calculator, that’s a very expensive steak.) There is, however, encouraging news: there’s a general belief in the industry that it’s possible to drive costs down to a mere 25 cents per litre using existing technologies, and positive signals are already appearing, such as Mosa Meat announcing last year that it had reduced its costs 80-fold. (12) A few ways that dramatic price reductions like this can happen is by replacing recombinant proteins and growth factors with cheaper plant-based alternatives, or by subbing expensive medical-grade glucose and amino acids for feed grade components that offer these same constituent parts. We’ll most likely also see longer-term improvements by, for example engineering proteins and other growth factors with more precise properties. (13)

What we at Maki would like to see: Companies that are facilitating this growth-medium price reduction, particularly in a defensible or patentable way.

3. FERMENTATION: IF WE IMPROVE OUR TARGET SELECTION AND OPTIMISE OUR FEEDSTOCK, THE OPPORTUNITIES ARE ENDLESS

When you first think of fermentation (or at least if you’re like me), you probably think of beer. Or wine. Or Kimchi if you have a love of Korean BBQ. This is because traditional fermentation — the cultivation of microbial organisms for the purposes of processing foodstuff — has been around for thousands of years. However, recent developments in food science are enabling an entirely new opportunity for this to become a significant addition to the alternative protein market. And 2020 was a real coming of age: investment over 2019 and 2020 both significantly outstripped the cell-based market, with a total of $868 million vs $426 million invested. What’s more, at the end of 2020, the GFI held its first ever international conference focused exclusively on fermentation. Alongside the traditional method, biomass fermentation and precision fermentation (14) are now being used to rapidly increase the production of proteins and to produce more specific functional and sensory attributes. These newer methods of fermentation are where innovators are focusing their attention at present, with biomass fermentation being responsible for 8 of the 14 startups born in 2019 and precision fermentation for 9 of the 13 new companies in this field founded in 2020. Examples of some of these commercial developments include Clara Foods announcing fermentation-enabled egg whites and Jellatech creating fermentation-enabled jellyfish collagen for a host of applications.

The breadth of opportunity that fermentation provides is in reality both a blessing and a curse. So far, only a tiny proportion of microbial strains have been examined and commercialised for food. Selecting the right target is the first hurdle to overcome and this is something that has not been feasible, given the vast array of different molecules and how they contribute to the overall taste and sensory profile of food. This is not just limited to naturally occurring candidates, but also those that are engineered, meaning that only through advanced screening and predictive methods can we start to unlock the true potential of fermentation. (15)

Until now, most fermentation uses standard, refined, sugar-based feedstocks. This is problematic for two reasons: sugar cane grown en masse is ecologically detrimental and it can only be grown in very specific conditions, resulting in transporting costs outweighing the cost of the feedstock itself. However, by unlocking waste side streams, the overall environmental footprint and circularity of the industry will improve drastically. A fantastic example of this in action is Nature’s Fynd, which produces protein from extremophile fungi found in a thermal spring in Yellowstone National Park and that can use a wide array of feedstocks thanks to its metabolic diversity. Finally, using precision fermentation, normally the host organisms have to be removed without harming the produced molecules. This is not the case however if you actually want the host organism as well, as is the case for Bond Pet Foods who bundle the yeast in with the chicken, as dogs love yeast!

What we at Maki would like to see: Companies that are shaping the future of microbial discovery and development through novel techniques, or that are uncovering new and more sustainable approaches for their unique fermentation use case.

As someone that loves good food, the above quote strike a chord with me. What is undeniable is that we cannot consume at the levels we have been, using the techniques we have been, indefinitely. Thus, the importance of the continued growth in the alternative protein industry cannot be overstated. Here’s to the next decade!

Here at Maki.vc, we are incredibly excited about the future of the alternative protein market. We also know full well that we can’t possibly think up all the incredible new opportunities that will continue to arise in the coming years. That’s why we’re always keen to speak to founders working on something new in the space and so if you or anyone you know is working on something: lets@maki.vc

*Author: Thomas is a first-cheque investor at Maki.vc, with a particular interest in the sustainability challenges that we face as a population. thomas@maki.vc @thomasabacon *

[2] The Rise of Alternative Proteins & Plant Based Diets (https://bit.ly/3xqUlGY)

[5] The science of plant-based meat (https://bit.ly/3yySsJN)

[7] Please note, Eat Just raised a Series B round in 2014, but this was before it had cultured meat products in its range, hence not including for the purposes of this article

[8] The Potential Evolution of the US Alternative Protein Market, Caffyn, 2021

[10] An analysis of culture medium costs and production volumes for cultivated meat (https://bit.ly/3jE1wXD)

[11] Milestone: Over 80x cost reduction in our animal-free medium (https://bit.ly/3ys5DvX)

[13] For definitions of both, please see [The science of fermentation]