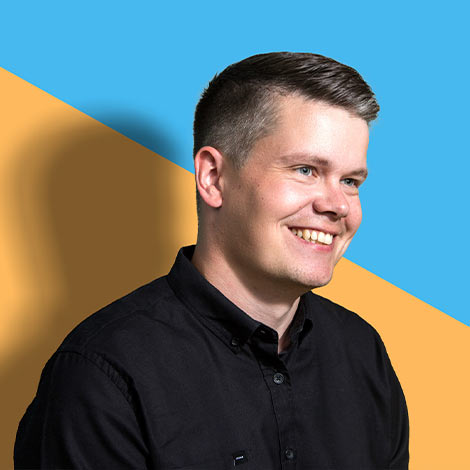 The ‘Crossing the Death Valley’ -series has covered industrial startups growing from pilots to commercial deployments and beyond. For some hardworking, talented and lucky founders, this growth path might have been surprisingly smooth: great technology, brand, operations and market demand. If things end up going south for a startup like this, it’s often because they’ve made bad choices regarding intellectual property protection and contracting.

I sat down with two seasoned lawyers who have experience from both the corporate and startup sides to discuss why IP protection is important, and what the best practices and biggest pitfalls are. Next, I’ll do my best to summarize what every industrial startup should at least know about IP protection and contracting.

We all recognize that startups tend to have more on their to do -list than their often limited resources would allow. That’s why, particularly in the beginning, when you’re stressing about sales, recruiting and other pressing matters, filing paperwork can feel not worth your time. When starting a business, it’s perfectly normal to not want to start off by imagining how all the cards could potentially come falling down. But if a startup fails to take the necessary measures in the early days, it might be impossible to repair damages later on. On the contrary, investing in your IP can have significant perks — a study showed that startups that manage to secure patents have on average 55% higher employment growth and 80% higher sales growth five years later, and they tend to continue innovating on top of existing patents.

Let’s go through the key points that everyone should remember:

Let’s start off with the easiest: trademarks. We live in times when most brands and businesses exist online across country borders. Your brand can be your whole identity, so you apply for a trademark to protect your company’s brand and products. Do this in all key markets where you operate or expect to operate — often a safe bet is to include the neighbouring countries, too. The process with trademarks is quite simple and doesn’t cost you a lot of money, so there shouldn’t be any excuses to skip this one. Otherwise you may even end up in a situation where you are not allowed to use your company name in certain countries.

2. Patent key innovations selectively and use professionals to write them

Patents sound like a whole lot of bureaucracy, but they’re worth taking care of in advance. They give you the freedom to use your own innovations later — nobody can claim that you are infringing their patent if you have patented the innovation earlier. Patenting is particularly important for startups, as they often lack the money to start heavy judicial processes against bigger companies later on, should they run into issues. What’s more, patents also provide evidence for investors that you have created something truly novel.

In order to be successful in patenting, you have to be careful not to reveal too much about the innovation publicly before starting the process. As writing patents is a language of its own, it’s good to use professionals to help you write the patent properly. If your claims are too narrow, it’s often easy for others to go around it.

3. Recognize when to opt for trade secrets over patents

While patents are important, it doesn’t make sense to patent everything — it’s a long and costly process, and you might end up revealing too many details in the process. Sometimes it might be better to keep your innovations as trade secrets instead.

Unlike patents — which expire after max. 20 years — trade secrets give you indefinite exclusivity, given you can keep your secret safe. However, trade secrets can be difficult to enforce, and there’s always a risk that a competitor may reverse engineer and steal your secret, and eventually even file a patent in their own name. However, if you manage to keep your secret safe, the payoff can be significant — just think about the Coca-Cola formula, one of the most famous trade secrets to date, dating back to 1886. For tech companies, software algorithms, chemical recipes and production methodologies are examples of innovations that are easier to protect when you keep them as trade secrets. As an example, while our portfolio company Spinnova has patented many areas in their innovation, many details of their production process are still kept as well-protected trade secrets instead of opening up those in patent applications.

The value of a patent is difficult to determine in advance, so it’s often challenging to assess whether filing a patent is worthwhile at all. Startups can attempt to evaluate the profitability of a patent by comparing the application costs with the patent’s potential future value. If filing for the patent costs tens of thousands of euros but the value of the patent is practically non-existent, it doesn’t make much sense to file for one.

“In the end, applying for a patent always requires a certain investment from the entrepreneur. As an IP lawyer I would advise the entrepreneur to withstand from patenting every invention and only patent the inventions that the business truly depends on, and make those patents count in terms of right geographical scope and enforceable claims. And of course, to use professional for writing the patent in order to make it more robust,” Leena-Maija Marsio, Legal Services and Trademarks Director at Kolster shares.

Corporations can be great customers and even investors, but bad contracts with them can destroy your company

Getting a contract with a big corporation can be a time-consuming process and often startups are in more of a hurry than their bigger counterparts. What’s more, corporations also have their own legal departments who have a lot of experience in contracting, while startup entrepreneurs are often making their first contracts. This is not the most balanced situation to start contract negotiations. When you or your sales executive has the deal fever, it can be tempting to accept terms that can cause big issues later. Let’s go through a few key things you should not accept:

One way to ensure balanced contracting for minority investments is to take few corporate investors on board at the same time — that way one investor cannot dictate the terms too heavily, as the investors must balance each others’ needs.

“It’s important to keep your cool throughout the contracting process, even if you realize you have a weaker negotiating position and the pressure is high. I’ve seen cases where the company’s exit process or overall operations have been put on hold thanks to bad contracting,” says Sakari Lukinmaa, Managing Partner at Castrén & Snellman.

So to sum up, I hope founders will take the time early on to think about how to protect their company through a combination of trademarks, patents or trade secrets and well-prepared contracts. It pays off to put in the paperwork in advance — because if and when things get bumpy down the road, it’s nice to have that extra bit of insurance before the storm hits.