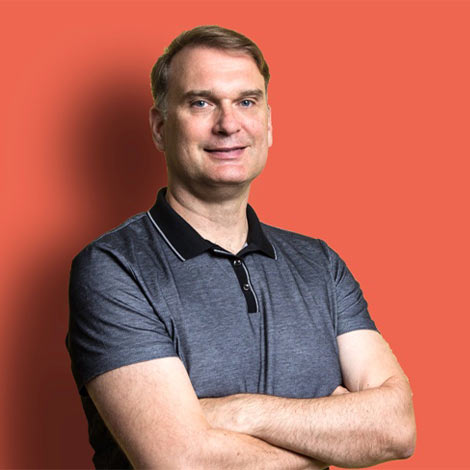 A chairman’s most important task is to maximize their CEO’s performance.

Workplace wellbeing and productivity are hot topics: I doubt there’s ever been as much talk about maximizing an employee’s or a team’s performance as there is today. New leadership theories seem to spring up like mushrooms, companies compete against one another with increasingly creative wellbeing programs and benefits, and we’re all eager to exchange life hacks for better work-life balance.

Given this conversation, it’s strange that there is not more discussion on improving CEO performance: this despite the fact that a company’s CEO is the primary person responsible for the company’s — and thus, each team member’s — wellbeing and performance.

James M. Citrin, Claudius A. Hildebrand and Robert J. Stark recently conducted a study for Harvard Business Review called the CEO Life Cycle. They tracked the financial performance of over 700 S&P 500 chief executives and conducted 41 in-depth interviews with CEOs and executives. Based on this, they drew a 15-year life cycle showing the different phases of a CEO’s tenure. Their life cycle showed that a CEO’s above-average first year — the so-called honeymoon phase — was often followed by a performance dip. How well CEOs recovered from this “Sophomore slump” — or whether they recovered at all — was largely dependent on the CEO’s relationship with the board:

“High-performing CEOs told us that full transparency with the board, the leadership team, and investors helped them navigate the second year. They gathered valuable feedback and proactively sought one-on-one conversations to increase buy-in. Because of these trust-building actions, much of the early goodwill persisted, even as performance lagged. Boards should ask critical questions during this period, but they should do so constructively and supportively. A dialogue will help bring expectations — both positive and negative — closer in line with reality.”

As someone who’s worked as a CEO and entrepreneur over the past three decades, I recognize the value of proper and well-timed support during the darkest hours. You don’t need 41 in-depth interviews to tell you that we could all do with a little help every now and then. Most of us receive support on a regular basis from our team members or superiors, but a CEO’s position is often a bit trickier — he or she is responsible for leading the people in their team, so they may find it difficult leaning on them for support. The CEO seat can get lonely, and being constantly up for criticism is tough. No one gives a CEO a gold star for keeping a cool head under pressure.

At the same time, there are only a limited number of people who’ve walked in a CEO’s shoes and can empathize with the weight they carry on their shoulders. And when it comes to investors, those that lack entrepreneurial experience often see switching CEOs as the first and only solution to any problems down the road.

I had the privilege of working with a great chairman back in the days — I think he understood a startup’s growing pains better thanks to his own entrepreneurial background. Naturally, most of our discussions revolved around the company, but he also made an effort to listen and actively check in on me. Every so often I’d get a call just asking how I was doing, and I felt like he was genuinely interested in hearing the answer. This alone was enough to get me through the sh*ttier days.

This is something I try to practice in my current position as an investor and board member. It’s not enough to just know the company numbers — I find it equally important to be familiar with the organization as a whole and have a good personal, trust-based relationship with the CEO.

Relationships are never an exact science, but if you feel like you can call each other no matter the hour, you’re probably on the right track.

And while we’re on the subject, there are of course late-night calls no one deserves to get. I still remember a call from fifteen years back, when an investor rang just to criticize my company and remind me that neither it nor I had a future. It goes without saying that calls like these don’t serve anyone’s purpose. (And in case you’re wondering, payback was served: the investor was wrong and ended up getting his investment back — with nice interest.)

Each CEO seat and board position is of course unique, and I’m sure you can spend a lifetime rehearsing for both roles. I encourage those practicing for CEO to recognize and seek people you can talk to about your own wellbeing. People who take your side.

Fellow investors I’d like to remind about one of the most important tasks of a chairman: maximizing the performance of your company’s CEO. Today might be a good day to start by picking up the phone, calling your CEO and asking: “how’s it going — as a human, and not just as a CEO?”

This column originally appeared in Finnish in Talouselämä on 28.2.2020.