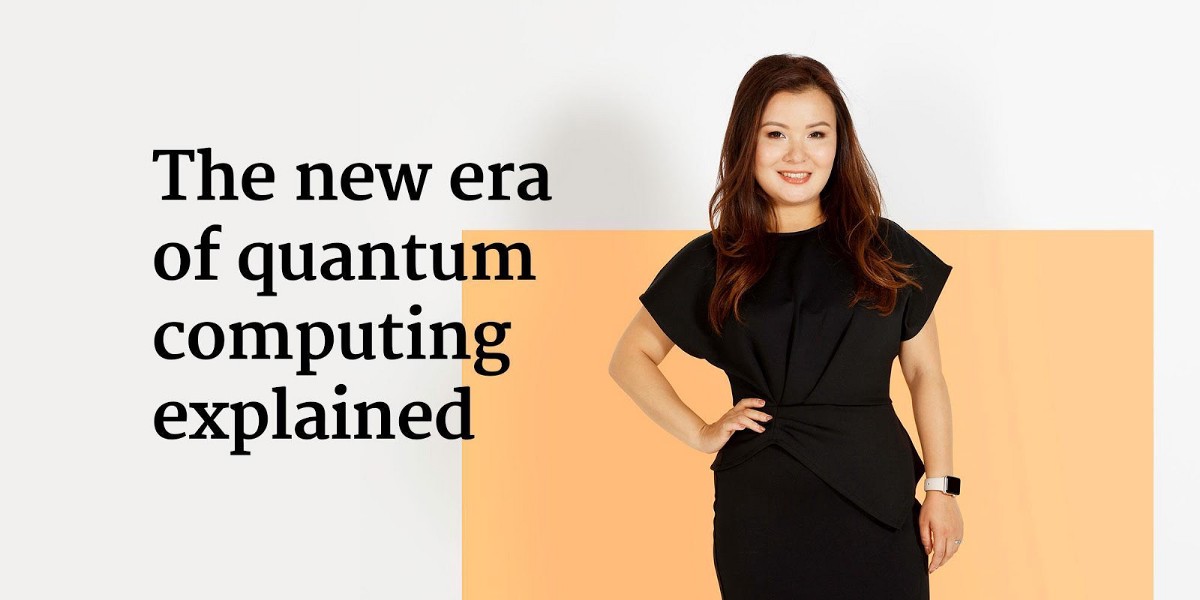 Nobel-prize winner Richard Feynman famously remarked that “nobody understands quantum mechanics.” Maybe not, but luckily Tencent Chief European Representative and Maki House LP Ling Ge knows more than the average Joe — she’s offered to share why we’re closer than ever to a breakthrough in quantum computing and what that means for us.

Q: Let’s start off simple: what is quantum computing?

Quantum computing involves leveraging the principles of quantum mechanics — using qubits, superposition and entanglement — to develop exponentially more powerful computers than our current supercomputers. While computers use bits to store information in ones or zeros, quantum computers rely on quantum bits or qubits, that can be set to zero, one, or any possible combination of zero and one at the same time. This provides a massive boost in computing power — in fact, quantum computers will be able to perform tasks that would take supercomputers thousands of years in just seconds.

Q: Why is there hype around quantum computing?

Quantum computing has been described as the major technological innovation that will change the world of computer science. Thanks to its ability to solve increasingly complex problems and crunch unimaginable amounts of data at lightning speed, quantum computing is expected to bring about breakthroughs in several fields of applications such as cryptography, medicine, and deep learning. No wonder why in recent years investors have invested money into companies exploring quantum computing — a study by Nature found that in 2017 and 2018, quantum firms raised at least $450 million in private funding.

Q: A lot of new technologies are hyped and described as “revolutionary.” When will we see these promises fulfilled for quantum computing?

Quantum physicists are notoriously tired of hearing this question, as the typical response is that breakthroughs — let alone applications — are years, if not decades away. However, earlier this year we reached a major milestone, when Google reportedly achieved Quantum supremacy by demonstrating for the first time that a quantum computer is capable of performing a task beyond the reach of even the most powerful conventional supercomputers. Google’s quantum system performed a random-number generation task in 200 seconds — a job that would take the fastest supercomputer 10,000 years to complete. Then again, Quantum supremacy is still under debate as IBM wrote a paper in October 2019 saying it would only take 2.5 days for a classical computer to complete the computation in Google’s quantum paper.

Q: So these are the first steps — what can we expect next?

This early era of quantum computing we may soon be entering is referred to by scientists as the NISQ era, short for Noisy Intermediate Scale Qubits (NISQ). Reaching Quantum supremacy demands a certain number of physical qubits on a quantum chip, but the quality of these qubits must also be sufficiently high.

This is where things get a bit tricky, but hang in there.

Real, physical qubits — such as trapped ion or an electron spin — that are used in quantum computers experience external interference and other real-world problems that result in calculation errors. Managing these errors requires adding more qubits on the chip to run error correction code. Prof John Preskill from Caltech, a quantum computing pioneer and inventor of the phrase “quantum supremacy”, has argued that we are currently entering the NISQ era, where intermediate scale quantum computers (comprised of 50 to a few hundred physical qubits) will still be “noisy” — in other words, the quality of these qubits will still be relatively low.

The long-term goal for engineers is to reach Fault Tolerant Quantum Computing, where the quality of these qubits can be increased and errors driven to arbitrarily low levels. The Fault Tolerant Quantum Computing era is where we’ll see the most applications and full benefits, but even with NISQ devices, we can start to gain early insights and even some practical applications.

Q: What industries should be the most interested in quantum computing, where are the most promising applications?

As said, quantum computing has the potential to impact a broad spectrum of different industries — however, I have three promising areas I’m particularly excited about.

New materials: The global spend on material design is approximately $40bn, but the research process is highly dependent on trial and error lab processes — and thus, highly inefficient. Quantum computers can aid in the development of new materials with advanced qualities such as improved power transmission or solar energy capture, which can then revolutionize fields such as energy storage, construction, advanced electronics, and high-end manufacturing.

Sustainability and energy consumption: Many of our current chemical development processes are highly energy intensive — for example, some estimates say that using the Haber-Bosch synthesis process to produce ammonia consumes 1–2% of global energy use and requires extremely high temperatures and pressures. However, biological plants perform the same process naturally at room temperature. Understanding at a quantum level how these chemical processes operate will allow us to replicate the process artificially and develop entirely new catalysts. Improving the efficiency of chemical processes such as these presents various opportunities for sustainability and energy consumption.

Human health: The modern drug discovery process is extremely complex and expensive: bringing a new drug to the market can cost $2bn and take over 10 years. The drug-development process involves identifying molecules that exhibit desired behaviors when in contact with biological targets such as proteins. Quantum computers can be used to simulate these bio-molecular processes, speeding up the discovery and development of new drugs for areas such as cancer, neurodegenerative disease or heart disease.

Q: What are some promising companies developing quantum technologies? Who should investors keep a keen eye on?

Rigetti Computing, IonQ, and IQM are among the companies I’m following with interest!

Q: What are some of your favorite reads (articles/blogs/podcasts) for those interested to learn more? Any industry experts and influencers we should be following?

Director of the Quantum Information Center at the University of Texas Prof Scott Aaronson has held a blog since 2005. It’s one of my favorites!