Europe can no longer risk being sidelined in the quantum race 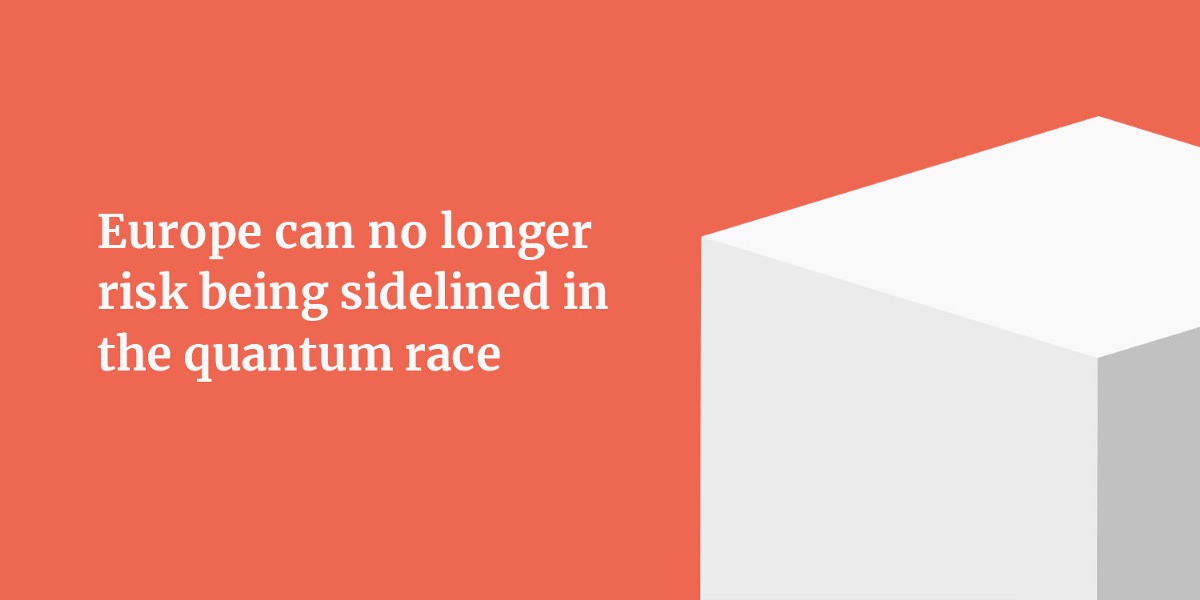 Quantum technology is the industry of tomorrow, and Europe has great potential to become it’s global leader. Our Partner Ilkka Kivimäki explains why now is as good a time as ever to start investing in European quantum companies.

Within the next 10 years we might have a machine that has a trillion times more computing power than current computers, and it’s all thanks to quantum technology. While the industry has been quietly surfacing for some time now, the full potential of the technology may be difficult to grasp as quantum mechanics still sounds like something out of a Steven Spielberg film.

It would be worth even the biggest sceptic’s while to look past the sci-fi label and realize the vast possibilities quantum technology has in solving some of our most complex problems around sustainability, energy consumption and new materials, to name a few. There is an especially strong potential in healthcare, where solutions to pressing issues such as the current Covid-19 pandemic could be found leveraging quantum technology’s massive computing power.

Why should Europe sit and watch while the US and China race for quantum leadership?**

Both China and the US have long roots in quantum development and they regularly surface in industry updates — the US most recently claimed to gain quantum supremacy last year, when Google’s quantum computer performed a computation that would take the world’s fastest supercomputer 10,000 years in just 200 seconds. Meanwhile, China has their first quantum science satellite and a quantum network between Beijing and Shanghai under its belt. These two superpowers do not aim for global collaboration — they’re engaged in a heated race to the top.

There is no reason for Europe to just sit and watch while the US and China compete in mastering quantum technology. From a purely pragmatic point of view, it’s essential that we develop the technology for ourselves — after the US’ most recent quantum milestone, their export restrictions on sensitive technologies like quantum tightened, and they aim to control over how their technology is being utilized.

However, even more importantly, Europe is perfectly positioned to become a quantum leader: the science and research needed to power quantum breakthroughs play to our strengths, and thus last year, more quantum deals were made in Europe than in the US and Asia combined. What’s more, quantum technology is a rich field of research where breakthroughs are still needed in both hardware and software development — while China and the US have chosen to develop their technologies in isolation, Europe can benefit from a more collaborative approach characteristic to our region, sharing knowledge and talent across borders.

Is Europe united enough to take on the quantum challenge?

We have a number of promising quantum technology companies, such as the Finnish IQM that builds second generation quantum processors, the UK-based Riverlane that develops software with an aim to take quantum computing to a commercial level, and German HQS Quantum Simulations, a company developing quantum algorithms to predict molecular properties for performance materials. There are great expectations for these companies, all of whom raised early-stage rounds in 2019.

This potential is also recognized on an EU level: in 2018, the European Commission launched the Quantum Technologies Flagship, “a large-scale, long-term research initiative that brings together research institutions, industry and public funders, consolidating and expanding European scientific leadership and excellence in this field.” The budget of the ten-year initiative is one billion euros, and there are currently around 20 different quantum-related projects that have been funded as part of the initiative.

Even though the major commercial breakthroughs in quantum computing are still maybe five to ten years away, it’s safe to say that there’s is fruitful ground for Europe to thrive and succeed as a future quantum giant. Now it is merely a question of whether or not post-Covid Europe is united enough to take on the challenge.

Author: Ilkka Kivimäki is Partner at Maki.vc, a serial entrepreneur, and a board member at Aalto University, Wave Ventures and Junction.