Are you VC fundable? Part 5 — Team 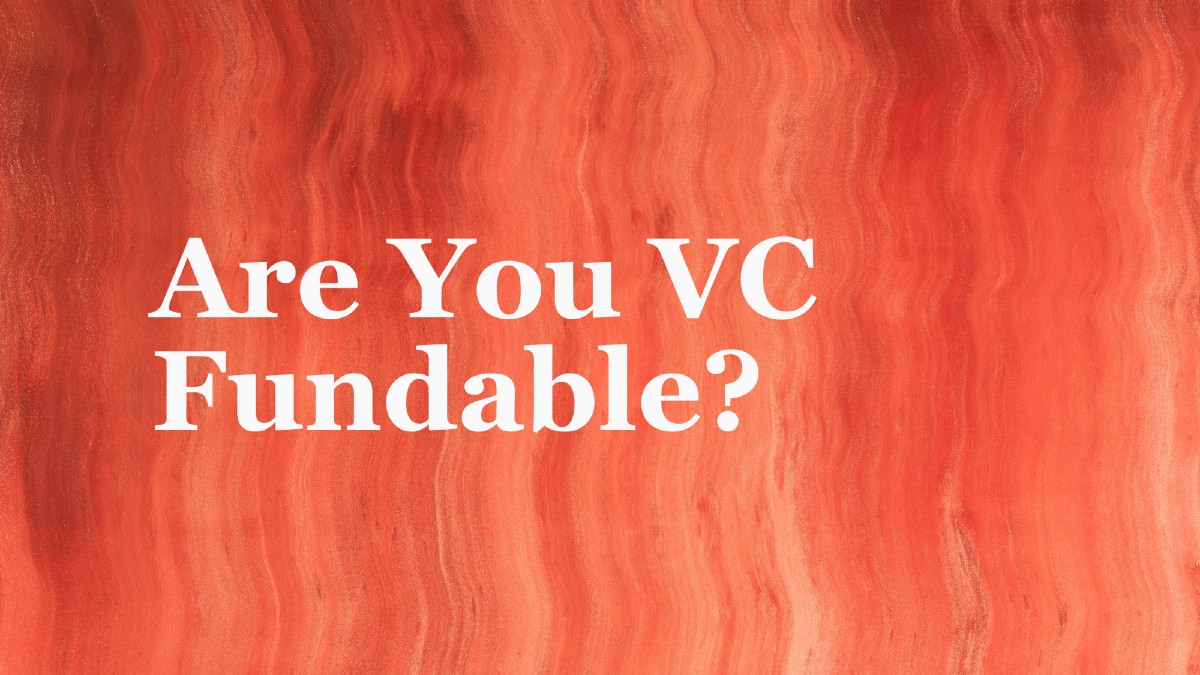 We started the “Are you VC fundable” series in order to demystify the funding logic of a VC. To help founders get access to the fundamental elements that lie behind investment decisions and VC logic. We’ve gone through the scale, product-market-fit, MVP, and cap tables. Finally, the last part is dedicated to the heart and core of each company — the team.

Let’s begin with a statistic: Noam Wasserman, a former professor at Harvard Business School, stated in his book The Founder’s Dilemma that 65% of startups fail due to problems within the startup’s management team. Ed Catmull, a Pixar executive, echoes this in his book Creativity Inc., “Give a good idea to a mediocre team, and they will screw it up. But give a mediocre idea to a great team, and they will either fix it or come up with something better.” On the other hand, you have VC-juggernauts like Marc Andreessen, who in his famous blog post from 2007 emphasized the market’s role in predicting the success of startups. Jeremy Liew from Lighthouse Ventures concurs in his post titled “A rising tide lifts all boats”.

So, which one is it?

We don’t think it’s a case of one or the other. Wasserman’s and Catmull’s insights are especially true for companies at pre-seed and seed stages when a strong team with vision and ambition is needed to explore the product-market-fit and carve a space for themselves amongst the competition. At Series A and beyond, the size of the market and the defensibility of the product become the heroes of the story, and the team needs to adapt from visionary planning to systematic execution. The team plays a crucial role across the company lifecycle, but the emphasis on certain team dynamics changes based on the stage the startup is in.

Identifying a winning team is difficult and largely based on experience, emotional intelligence, and intuition, but there are some common features that we always assess in detail when considering an investment opportunity.

Choosing your founder team is a huge commitment, therefore it’s not something the entrepreneur-to-be should rush. Changes in the founding team structure are among the biggest crises a seed-stage company can face, as they require the entire team to temporarily switch their focus away from the market and product. Both from an entrepreneur’s and investor’s perspective, identifying and addressing gaps in the core team is always easier than replacing a founder. In this respect, VC differs greatly from private equity where the main thesis for a buy-out is often a complete reshuffling of the operational management layer.

What’s also good to keep in mind is that the team dynamics might change over time. The most innovative founders might only be interested in founding companies but aren’t interested in scaling. These kinds of shifts in dynamics can be difficult and require effort to make it work. A visionary founder in a scaling phase can be a disaster for the company. A good team can make all the difference, but it requires some restructuring of responsibilities in the team. This is definitely not the case for all teams, but the requirements of the different stages of a growing company are good to keep in mind when growing.

The importance of the dynamics between the founding team and the VC shouldn’t be overlooked either. After all, venture investing is largely a people-driven business, and fruitful board work is based on mutual respect, open communication, and shared goals. VCs and the founders are on the same boat for 5–10 years — longer than the global average of the length of a marriage — so the interpersonal chemistry and “click” are a must, at least for VCs who want to get their hands dirty in everyday problem-solving. Therefore, as the VC assesses the team, the team should also be encouraged to assess the VC — it’s always easier to find money than to find an investor that’s a perfect fit for the team.

This is it, we’ve gone through the scale, product-market-fit, MVP, Cap table and now finally, the team. We hope that with this series we’ve been able to unveil the mysterious world of venture capital, what kind of companies venture funds are after, and why we sometimes say no to good, even great, companies.

We keep looking for the greatest teams and most controversial ideas.